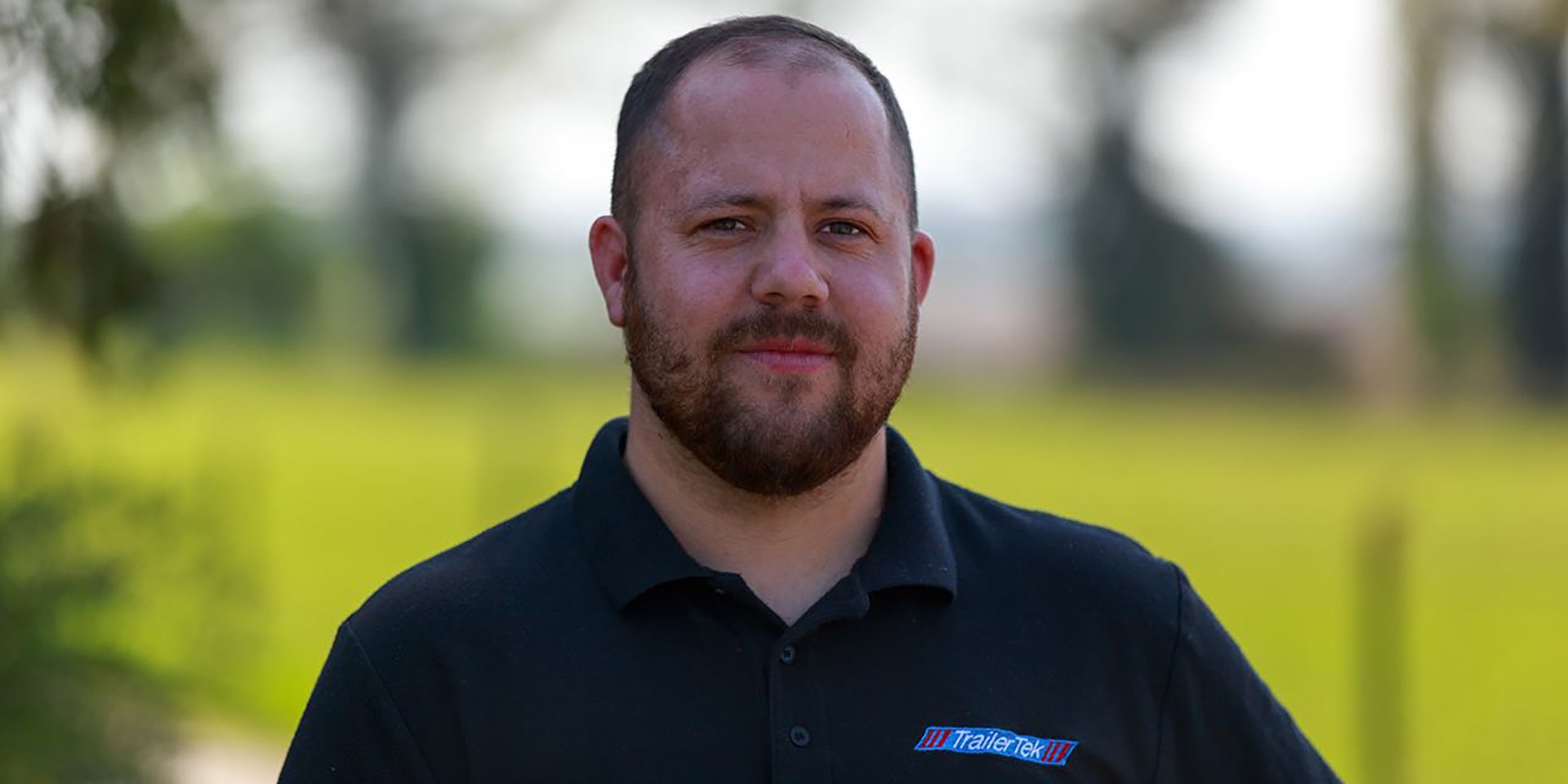 Tom is the General Manager here at TrailerTek

Find out how he got involved here at TrailerTek, what he loves about the job, and what the role entails...

How long have you worked at TrailerTek?

I've been here for nearly nine years now. I arrived as a fresh and enthusiastic eighteen year old. I must like it, because I forgot to leave.

What does your role involve?

A lot of everything – which suits me. Variety is the spice of life and all that! I'm responsible for the day-to-day-running of TrailerTek, so I get involved in purchasing, sales, staffing and resourcing. I've built up quite a lot of technical and parts knowledge over the years, so I'm very hands-on and customer facing.

The team (but shush, don't tell them that). There are 11 of us who work here. We get a lot done, but we have a laugh whilst we're doing it. People often comment that it looks like a fun environment to work in, and it is (so long as Leigh's not on tea duty. He makes an awful cuppa!).

We basically work out of a very large tin-can, which means it's absolutely freezing in the winter and then we all melt in the summer! If there's a local ice cream van owner reading this - then you'd make a killing if you dropped by when it gets warm!

What do you like to do in your spare time?

I love hanging out with my daughter. She's two now, which is a really fun age. I also enjoy boxing and the good news is, I can combine my two passions as my daughter seems to love to watch me train. Perhaps she'll be the next Nicola Adams!?

No trailer related hobbies then?

Not right now. I see enough of them every day. Don't hate me!

Tell us one fact that people might not know about you..

I'm a triplet. I have a brother and a sister. In fact, I also have three older siblings. I think my father nearly had a nervous break down when he heard we were coming along and he was doubling up on the number of kids he had.

What did you want to be when you grew up?

As a little boy I wanted to sell super cars. I can only imagine that's because I knew nothing about trailers back then. If I had, obviously my ambitions would have been very different. Joking aside - I've got no complaints. I thoroughly enjoy my job!


Tom stars (alongside his colleague Leigh) in our series of "How to" videos - imaginatively entitled Tom & Leigh's 'How to Films'.
May 21, 2019 |  Categories: TrailerTek Team