Preventing & Treating Rust on Your Trailer

A selection of different materials and types of metals are used to create trailers, the quality of your trailer is highly dependent on the cost and manufacturer. High-quality (and high-priced) trailers will generally be made of higher-quality materials that do not rust easily or do not rust at all. But what if you have an older, cheaper trailer that is prone to rust? Today we are going to take a look at ways you can protect your trailer from rust, and treat any rust which may have already developed.

What is Rust & Why Does it Form?

If you own anything old that has seen a few days of rain in its life you are bound to have come across rust. This orangey-brown phenomenon occurs when water, oxygen, and iron combine - and it’s not picky about what it forms on. Rust can be found in all sorts of places on all sorts of things, trailers however are a perfect candidate.

Trailers are often left outside all year round in the worst of the weather, and the combination of metals will almost always include something that has been derived from iron. Rust does not discriminate when it comes to trailers or their components. Rust will attack any unprotected areas of your trailer which can lead to reduced functionality or even component or structural failure. 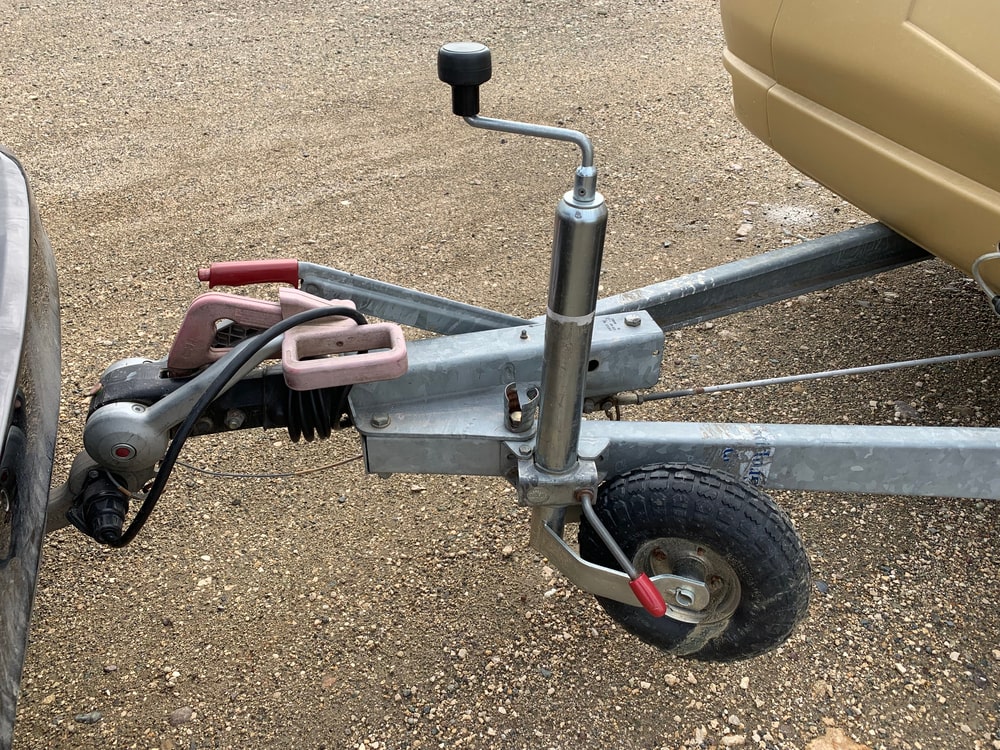 The corrosive process that occurs when rust forms can cause the metal to expand, this means a greater strain is produced within the metal itself - weakening the material over time. Rust will also eat away at the metal as flakes chip away from the surface. These two factors can lead to a significantly weaker material, which can be a big problem on a trailer.

Rust occurs when a metal derived from iron is left in a damp environment or comes into contact with water. The water rapidly dissolves into microscopic gaps in the metal and causes corrosion to occur - an electrochemical reaction. This process is accelerated by saltwater as the electrons move more freely than they do in normal water. When iron (Fe) particles are exposed to oxygen (oxidisation) they form Fe⁺⁺, releasing 2 electrons that flow through the metal material to the cathodic area. Oxygen interacts with these electrons to form hydroxyl ions (OH), which in turn reacts with the Fe⁺⁺ to form hydrous iron oxide (FeOH) - most commonly known as rust.

Rusting can happen at any rate and is highly likely to occur in any unprotected metal with iron particles within it. The longer rust is left untreated the more likely it is to be irreversible and the more chance of it being highly damaging.

Preventing rust can be easy as long as you stay on top of it. Simple habits like washing your trailer down with fresh water after you've taken it out in cold weather (when there is salt on the road) can help reduce the risk of rapid rusting through the winter storage. Washing your trailer and then applying protective coating's, such as spray-on waxes and oil coatings will help to create an additional layer of defence by keeping moisture away from the surface of the metal and to stop oxidisation from occurring.

Here are three ways that you can use to start protecting your trailer from rust today:

Galvanising metal has long been used in the trailer industry to help control rust. Most modern trailer parts will be made of galvanised steel. This process involves a layer of metallic zinc being applied to the exterior surface of the metal. This zinc layer forms a barrier that stops water and oxygen from being able to penetrate the metal beneath it. Any small amounts of rust that do begin to occur are absorbed into the zinc to stop them from spreading or causing excessive damage. Metals are  commonly galvanised using a hot-dip galvanisation method - this involves the metal being dipped into a molten bath of zinc 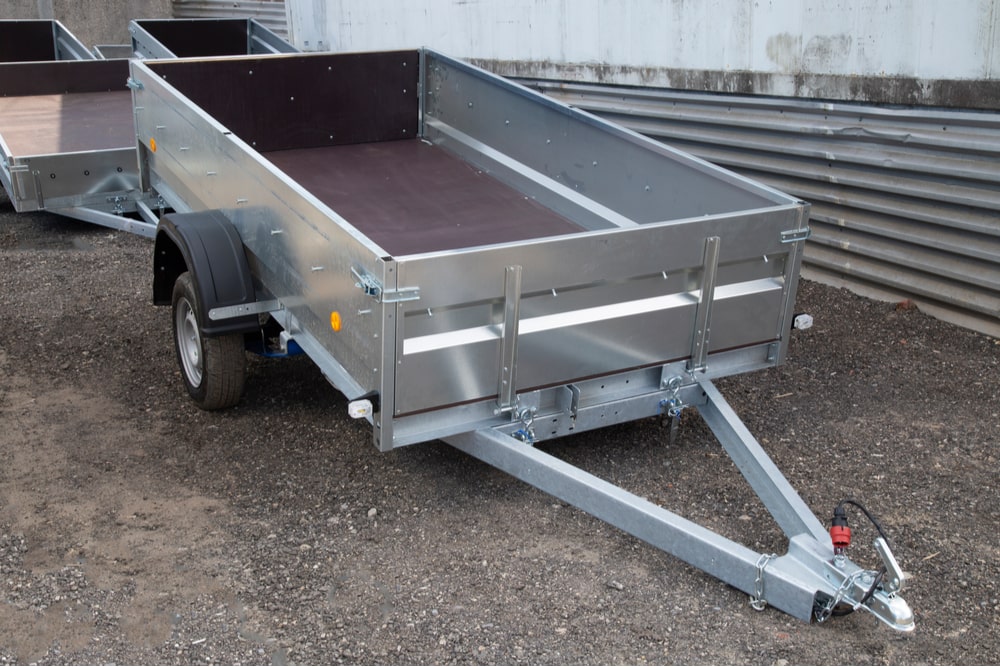 Painting Isn't just to make your trailer look pretty, it can provide a valuable layer of protection to help to protect the metals from rusting. When painting your trailer be sure to use a primer and prepare the surface correctly. Paint that isn't applied properly will tend to peel off, and therefore not provide the protection needed. Using paint with zinc additives will give the paint the best chance of holding off any potential rust.

Regular maintenance is one of the cheapest ways of stopping rust and corrosion from occurring. Regularly cleaning and washing your trailer with the appropriate cleaning products can remove any light rust which already formed, and applying appropriate protective sprays and coatings can help to reduce the risk of rust occurring in the future.

If you have spotted some rust that has started to develop on your trailer there are a few ways you can treat it. Unfortunately, if the rust has developed too much and has affected the structural integrity of your trailer it is best that you have additional supports welded in place, or that you completely replace the rusted component.

Chemical rust removal is achieved through the use of chemicals that are designed to attack and penetrate the rust. They contain either phosphoric or hydrochloric acid which dissolves the rust. Due to the harsh nature of these chemicals, it is important to wear appropriate protective equipment while they are being used - this should include rubber gloves, goggles, and respiratory equipment (due to the fumes given off). Once the chemical has been left to penetrate the rust it can then be wiped away to leave the fresh metallic surface beneath.

If do you need any more help with treating rust on your trailer, or for replacement trailer parts get in touch with us today. One of our expert team will be more than happy to help!

New Laws for Towing a Trailer In the UK September 20, 2021
Latest

About the Thule company and what they are known for November 2, 2022