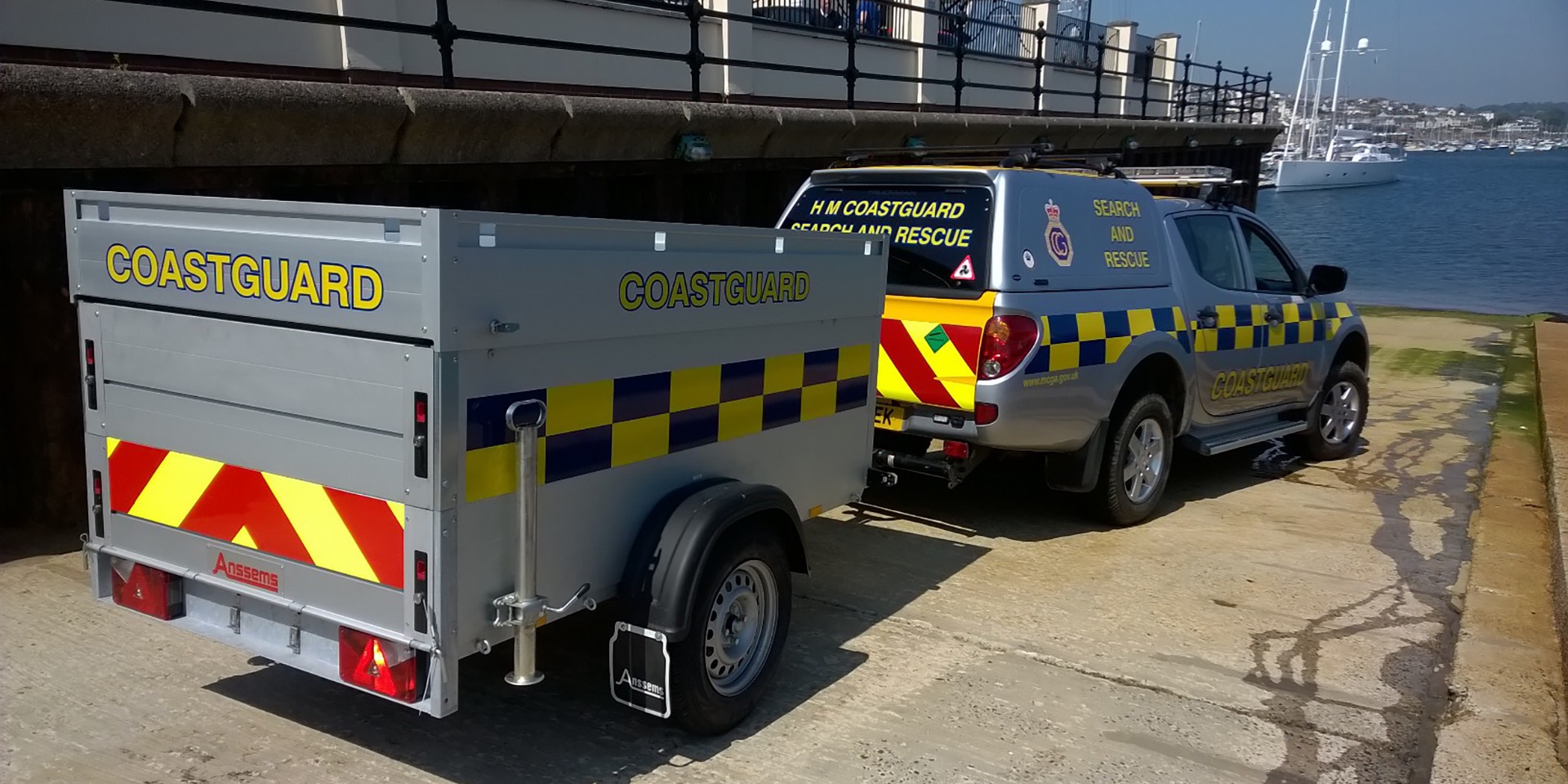 TrailerTek often collaborate with the Coastguard

TrailerTek have been suppliers for the Maritime & Coastguard agency before. They have previously used us for replacement parts and the occasional ad hoc trailer, but now wanted advice on trailers that they could use to carry water rescue equipment for generic rescue missions across the country, from Shetland to the Isles of Scilly.

The Coastguard had some very specific requirements and we were more than happy to advise them on their options. Trailers are the perfect solution for transporting the Coastguard's rescue kit, as the trailer can simply be detached when it arrives on location. This saves having to unload a vehicle and frees up the towing vehicle, which is an essential and expensive resource.

We provided 18 customised Ansemm trailers. Being aluminium with galvanised and stainless steel fittings, they will last longer in salt-water environments. The trailers also have a flat side, which provides the perfect space for the Coastguard's livery and branding.

TrailerTek then provided more than 50 trailers for the Coastguard

An order for more than 50 trailers for the Coastguard's mud rescue division then came through, which means there's now a customised TrailerTek trailer at every point on the UK compass. The customisation that we carried out on all the trailers is key to the Coastguard's requirements. We increased the wheel size to tow more smoothly behind a 4x4 vehicle and on mud, sand and across fields. The larger wheels also ensure the trailer is raised and visible to the driver. For the same reason we fitted rear corner lights, and rear prop stands were added to prevent the trailers from pivoting when they are detached. An airtight lid enables the mud rescue teams to secure inflatable rafts and sleds on top of the trailer.

We were delighted to be asked to tender for the contracts and to win them. We have since undergone a very thorough process of checks to be included in the Crown Commercial Services framework, which went successfully. This means, we won't have to go through the tender process in the future.

Martin Leslie, Deputy Head Coastal Resources commented, "TrailerTek has a very good reputation and they have certainly proved their worth. The team were extremely helpful and managed the customisation and delivery of the trailers to all parts of the UK seamlessly. Their Internet based parts services is also extremely useful to us and we're delighted with the trailers and that TrailerTek are now part of the Commercial Services framework."